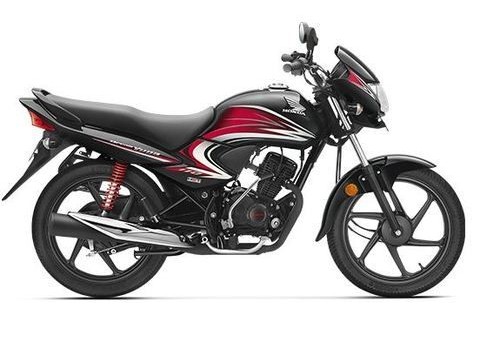 The dream yuga is a 109cc motorcycle with a single-cylinder manufactured by Honda’s Indian subsidiary HMSI. It is available on rent in Ahmedabad at affordable prices from RenTrip. The company started production in the year 2012. It was announced in the year 2012 by Honda. Currently, it is billed as one of the least expensive vehicles of Honda.

Its parent company is Honda Motor Company, and its class comes under ‘standard’. Its compression ratio is 9.9:1 with a top speed of 87 kilometres per hour. Hero Moto Corp was a predominant competition, and to compete with its Honda launched a new variant called Dream Neo at lower prices than before.

It has other variants too in the 110cc segment, which resemble Dream Yuga in a way but not all the features. Variants include Dream Neo, which has significant differences from Dream Yuga. It has a good carrier rear handle grip, yellow turn indicators and different headlamp styles. All the features other than that are kept unchanged. CD110 dream DX is the lowest priced. In majorly there are a lot of differences, including engine and wheels.

Dream Yuga is a popular bike for renting in Ahmedabad as it has better mileage and can be driven easily in the city conditions of Ahmedabad.

RENT DREAM YUGA IN OTHER CITIES